I’ll tell you what’s wrong with you: You don’t eat enough!

This is totally an opinion piece. I’m no nutritionist, I’m just fascinated with food and thinking about how we can feed the world without further screwing everything up beyond all recognition.

We all know something’s terribly wrong with the Western diet. Most of us are overweight, many are obese. We have type 2 diabetes, Crohn’s disease, lactose/gluten intolerance, addictions, behavioural problems… blah di blah di bloody blah.

All this creates a wonderful environment for nutritionists, dieticians, and healthy living writers to make a good living out of telling us what to eat next. One month it’s Atkins or keto, then it’s juicing, then it’s plant-based, vegan, raw-vegan, then paleo, then seaweed, then quinoa, and that’s not even mentioning the Harry Potter realm of “superfoods”.

Surely life isn’t meant to be so complicated. Our ancestors were fitter, stronger, and healthier than we are. Yes, they were. And before anyone starts arguing, “You know, people 500 years ago were lucky to live to 35!” let’s just say this:

We in the West are not living longer, we’re dying longer.

If our hunter-gatherer ancestors were perfectly healthy (until they got killed by something with scary teeth), and we, with all our books and Internet and technology and labelling, can’t manage it, where did we go wrong and – more importantly – how can we put it right?

So I want to share an idea with you that could help simplify the whole thing.

Okay, let me be more specific:

Most of us eat far too much stuff, but not enough different stuff.

I think millions of years of evolution created a world that’s an incredibly intricate web of food systems. That’s basically what life does: eat. Eating gives you energy so that you can move around, escape being eaten for as long as possible, and hopefully reproduce (so that your genetic profile can continue even if you do get eaten). And practically everything is food for something, even rocks! They’ve even discovered a bacterium that can get its energy from pure electrons (unless I dreamt it) (nope).

And somewhere in this enormous web of food, there’s everything that everything needs to thrive. Stands to reason, otherwise we wouldn’t have all the life that (until quite recently) has flourished from pole to pole. That includes us, the naked ape. Me, you, your Aunt Maureen.

What’s more, all this stuff that we need to thrive occurs naturally. It is literally all around us. It’s outside your front door. But, for a few interesting reasons, we have unlearned what it is, how to identify it, when we can eat it, and why.

Recent research reports that people living in isolated, poorer, rural communities in the British Isles in the nineteenth-century had the healthiest diets due to eating a greater variety of locally-produced food.

Our eating is fucked.

Perhaps if we can figure out how it got so fucked, we might be able to unfuck it?

There are a million theories we could play with here, but let’s just start with two public enemies: reductionism and capitalism.

Very simply, reductionism is the idea that came out the Enlightenment in the 18th Century, which says that it helps to break things down into simpler things that make more sense. Stop messing around with arcane rituals and moon calendars. No, the way to get progress is to compartmentalise, classify, and control.

Now, reductionism has led to wonderful advances in science, at least up to the point where things get really weird and complex again and scientists have had to come up with new ways of thinking (e.g. chaos theory, string theory, and quantum physics). Because simplification has its limits.

Think of reductionism as forcing the world to fit into a simple model.

Every model is wrong. Some models are useful. ~ George Box, 1976

The simple model may work, as long as it works. But the model is not truth, it’s just a model.

Let’s look at food and farming. About twenty thousand years ago (maybe) we figured out we could plough the land by attaching a stick to a pig or an ox. And ploughing the land simplified things. Instead of a plethora of “weeds” we could start over with nice, fresh soil. That meant we could plant the seeds for the crop we wanted, and then remove anything else that grew up around it.

That worked great, for a while, until civilisation after civilisation destroyed the topsoil and collapsed – literally, that’s what happens. Our Western civilisation is on the exact same trajectory, by the way.

When we reduce food, we might take a model like, “How many calories can we grow per acre?” Good model, you might say. And sure, it works, but only within the scope of the model. Taking that approach, we end up growing genetically-modified corn that we periodically spray with pesticides and feed with artificial fertilisers. And lo and behold! Corn grows, year after year, producing calories (which is what we said we wanted). So we win! But only in terms of calories per acre, not necessarily in terms of nourishment or sustainability.

Then industry took it further. They now make “eating material” (I can’t in honesty call it food) out of a relatively small number of ingredients, which in themselves are often not natural food for human beings.

When you and I eat a typical Western diet, we are eating a small number of things that aren’t really food themselves. We are not eating enough!

Here’s the list of ingredients from a typical “eating material” you can buy in the UK: Super Noodles (source).

How many did you get? Close to half? If so, that means over half the ingredients you’re putting in your body are mysteries. You don’t even know what they are or where they’re from. They probably came out of a factory (but what went into the factory???)

What’s more, although it may seem like you’re getting a variety of different things, you could pull a hundred processed products off the shelves and you’ll find the same chemicals and frankengredients on the labels again and again and again.

Did you know, for example, that an estimated 74% of ALL items on U.S. supermarket shelves have added SUGAR?!

So we’re not really eating food, and the various forms of food-replacement eating material we buy contain different formulations of the same freaky shit.

Why don’t we get better food? Reductionism is one answer. Products are expected to be consistent, to survive extensive transportation, to have a long shelf-life, and yet should trigger certain buttons to give you the impression you’re being nourished (hence the prevalence of sugar, salt, and monosodium glutamate).

It gets even scarier when you realise how many of the ingredients derive from just a few of the same plants, particularly corn. And that’s corn that has been grown in an unsustainable way for decades, tricked into growing big by artificial nitrogen fertilisers, but growing in soil that contains less and less organic matter and minerals every harvest.

There is a school of thought that says most diseases in the West are a result of mineral deficiencies. So we’re eating more and more, but we’re getting less and less nourishment. Maybe the reason we eat more and more is because our bodies are trying to tell us that they’re not getting enough of what they need, and no, more Mountain Dew isn’t going to cut it!

Capitalism is a way or organising the world such that people earn money not from what they do, or what they contribute, but by virtue of what they already own. You might call it the rent economy.

I’m not going to discuss the rights and wrongs of different systems. It is the dominant system we’ve got. But how does it relate to food, and how does it fuck over our ability to get good nutrition?

There’s one very simple answer. In a capitalist system, you want to use the same thing to get as much return as possible. So, instead of trading finite physical things (like potatoes, sheep, or hand-carved spoons), the idea is to scale up to the point that some aspect of what you own can be sold many times over.

That naturally leads to selling intellectual property – things like…

Of course, people all need to eat, and repeatedly. So it’s a huge market, probably the biggest market there is. But how can you, as a capitalist, own that market?  You need a product that is not only repeatable on an industrial scale, but whose design you can patent and protect.

But you can legally protect something that you’ve made to a unique design, like an Oreo cookie. But in order to make that new thing, it must be constructed out of constituent parts. It is literally artificial.

So guess what, the shelves of your local supermarket are not filled with recognisable food. Instead, we’re given brands. And the little brands are (sooner or later) owned by big brands. Just check out the map of food brands on Oxfam’s “Illusion of Choice” infographic.

So because truly natural things can’t be owned outright, for the past few generations we have been weaned off them, and the process continues.

So we end up buying a large range of brands, under the illusion that we have choice as consumers, when in reality we’re handing over our money to the same few mega-corporations for the same few bullshit ingredients presented in a range of interesting recipes and brightly-coloured plastic packaging. Really, how much choice do we have?

How can we get out of this mess?

I reckon the best experiment any of us can do is to try going for one week without consuming any branded food. Only things that you have purchased: recognisable, real food and drink. Nothing that comes out of a packet with a logo on! Of course there’s nothing wrong per se with branded food, particularly if it’s a brand you really know and really trust (not just because of their advertising).

The way back to sanity is to restore the way we used to eat, more aligned with Nature. Here are some ideas.

Overall, take it step by step, adding one thing at a time and discover the satisfaction of consuming something that you harvested yourself for free.

Eventually, perhaps we could all get back to the point of eating a thousand different, real, seasonal foods that fulfil Nature’s plan to give us everything we need, when we need it, not a few dozen variants of high-fructose corn slop.

We need to eat more things, more different, real things. I suggest that’s the simple way to health and happiness.

There are thousands of Facebook groups for growing your own food, foraging, hunting, poultry keeping, preparing and preserving food. We are not alone. We have a long way to go. So let’s start now and do this together! 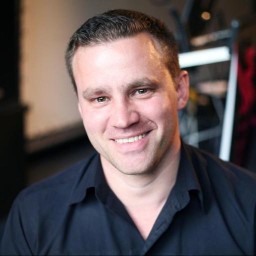